On Good Friday Scotland’s foremost bicycle recycling charity The Bike Station will formally launch a new scheme to help key workers in Perth and Edinburgh get around safely. Anyone who is a key worker (as defined by the UK government) can now apply for a free recycled bike to help them travel safely, avoid public transport and decompress at the end of each shift.

Erin Tindal, a care home worker in Perth, will receive the first Hero Bike. Erin originally borrowed her bike through the Social Cycle Project loan, and she will now own it outright as a Hero Bike. Using the Hero Bike more than halves her journey time to work on foot. Erin said “It was mostly out of necessity really that I wanted to cycle. I didn’t think I’d love it as much as I did. It’s amazing. I’ve been cycling in all weathers as well which has been fab”.

“Now more than ever our key workers need our support. We know bikes can help, by providing access to safe and affordable independent transport and just as importantly, a means to look after their own health and well-being. We’ve launched Hero Bikes to support our key workers who are giving their all to protect our communities”

The Bike Station, supported by Transport Scotland, Cycling Scotland, Paths for All, City of Edinburgh Council, Spokes, Discovery Bike Tours, and Madison will provide a fully refurbished second-hand bike to any key worker.

“This is a great use of our bikes, and we arranged a donation as soon as we heard about the scheme. We can’t wait to see key workers set up with their Hero Bikes”

To be eligible workers will need to provide proof of their role and be aged 16 or over. Priority will be given to residents of the two cities served by our shops, Perth and Edinburgh. Fundraising is ongoing to expand the scheme to support as many key workers as possible. Anyone can donate to fund accessory packs for key workers and spare parts needed to refurbish second-hand bikes on our website.

The Bike Station is a bicycle recycling charity based in Edinburgh and Perth which promotes cycling across Scotland. We repair unwanted bikes and put them back on the road. In addition, we provide cycle training, bike maintenance training, and refurbished bikes to promote cycling as a healthy and sustainable means of transport across Edinburgh, the Lothians, Perth and Kinross and beyond. We work to support cyclists start and keep cycling, working on location and at the Bike Station, and help other organisations promote cycling and bike maintenance skills.

The Bike Station will remain OPEN for the sale of the refurbished bikes and accessories. Please note the adjusted shop hours above.

All our training courses regular FYOB sessions are postponed.

Donate a bike to Edinburgh 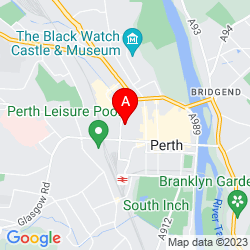 The Bike Station will remain OPEN for the or the sale of refurbished bikes and accessories. Please note the adjusted shop hours below.

Donate a bike to Perth

At the current time there are no set opening hours for Dundee, for more information telephone 01382 250 960. Also see News for details of Pop up events

The Bike Station
This site uses cookies: Find out more.